Biography: Dr. Ghamgeen Izat Rashed, Associate Professor, born in Sulaimani City-Iraq in 1974, he received his M.Sc. and Ph.D degrees in electrical engineering from Sulaimani University-Iraq, and Huazhong University of Science and Technology, Wuhan, China, in 2003 and 2008, respectively. Since 2004, he has been working as a lecturer at University of Sulaimani, and from 2010 up to now he is with School of Electrical Engineering and Automation, Wuhan University. Dr. Rashed published more than 35 scientific paper with 10 paper in high quality SCI journal and 25 paper EI indexed. He participate in more than 20 international conferences in different countries and invited as keynote speaker in 5 conferences. His research interests include FACTS devices especially TCSC, Smart Grid, Distribution Generator, Reliability of Power System, and application of AI in power system.

Topic: Exploration and Reflection on the Teaching Mode of Academic English for Postgraduates in the New Situation

Abstract: The teaching of postgraduate specialized English has changed from the purely professional vocabulary learning or the imparting of professional technical knowledge to the application ability of academic English. In order to adapt to this change, based on the investigation and analysis of the current situation of professional English teaching and the study characteristics of the graduate students, this paper discusses the main problems existing and builds a more efficient professional English learning class. A series of reform and exploration ideas are put forward from the aspects of strengthening professional pertinence, giving full play to students' independent learning ability and carrying out cooperative teaching. 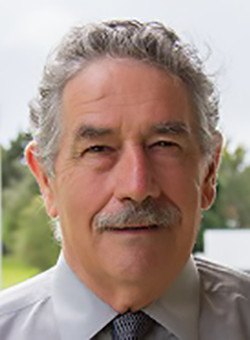 Biography: Dr. John Clayton, Professor, is an internationally recognized Technical and Vocational Education and Training researcher with extensive experience in quality assurance frameworks. He has been involved in the Sino-NZ Model Programme since 2013 and developed the academic processes used in the design of internationally aligned learning activities, assessments and qualifications and has been co-chair of the six Sino-NZ Research Forums held. He has facilitated training in curriculum accreditation in Saudi Arabia, Indonesia, Thailand, Laos, Japan and China. He has been appointed as a Distinguished Professor at Tianjin City Vocational College and is co-developing a quality teaching evaluation framework with staff in that institution. He has implemented micro-credentialing platforms, to validate continuous learning, for the Fertilizer Agency, New Zealand and for the Geothermal Division, Chevron, Indonesia. He has been an invited speaker at conferences in Laos, China, Japan, Saudi Arabia and New Zealand. He has published widely, over 200 recognised outputs, including, New Zealand Government funded reports, New Zealand and China government funded reports, books, journal articles and conference proceedings. 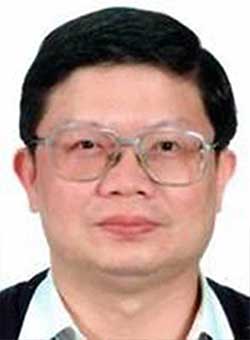 Biography: Dr. Syh-Jong Jang is a Distinguished Professor at Asia University in Taiwan. He received his PhD in Science Education from the University of Texas at Austin, USA. He served associate dean of International College and the director at Center Of Cross-Strait Academic Exchange, Asia University. He also served the co-chair and member of science education research in MOST, Taiwan. He was a visiting Professor at the University of Georgia, USA, and Shaanxi Normal University, China. His research expertise is information technologies and TPACK from pre-service and in-service teacher level. He has published a lot SSCI-index research papers which focus on technology in teacher education and innovative science teaching in all levels. These published Journals includee Computers in Human Behavior, Computers & Education, BJET, AJET, Educational Research, Higher Education, International Journal of Science Education, Journal of Computer Assisted Learning, etc. He also grants many research projects from Ministry of Science and Technology, Taiwan.

Abstract: The university promotes a so-called “four-creative campus”, with emphasis on creativity, innovation, creation and entrepreneurship. Creative teachers provide students with innovative teaching or teaching materials and instruct students to become creative, to cultivate students’ entrepreneurial abilities. In the new century, university teachers should keep pace with the times, learn how to engage in “innovative teaching”, strive for excellence, and improve quality. Innovative teaching plays an important part in students’ active learning and participation. Flipped learning is considered to be a form of innovative teaching has been in the spotlight in college education for a few years. The flipped learning model is an innovative and fashionable instructional development in educational technology, particularly in terms of the way that technology relates to higher education. In these learner-centered learning environments, university teachers maximize the classroom time to guide students in solving problems, to provide differentiated instruction, and to provide students with an environment where abundant social interaction can occur. 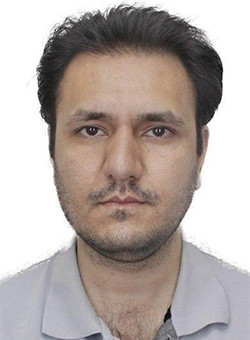 Abstract: Background: This study is for examining the association between green logistics, energy demand, renewable energy consumptions, environmental performance and sustainable economic development in a panel of nineteen developed economies around the globe over the period from 2008 - 2017. In addition, the article expands domain of green logistics from firm level to country level and also connects national scale economic indicators with green logistical performance.
Methods: The study employs Pools OLS (ordinary least square) statistical technique to check hypothesis, while secondary data have been used, which were downloaded from the World Bank. Results: The results reveal that the green logistics indicators have strongly positive correlation with green energy sources, FDI inflows, and Trade openness. On the other hand, greenhouse gas emissions and carbon emissions have negative correlation with green logistics. Furthermore, renewable energy is a driving factor of green logistics and supply chain operations which also promote environmental and economic sustainability
Conclusion: This article provides the insight of the association between green logistics performance and national scale economic and environmental indicators. In addition, this research will help practitioners, senior managers and policymaker to understand the importance of renewable energy and green practices in logistical operations.