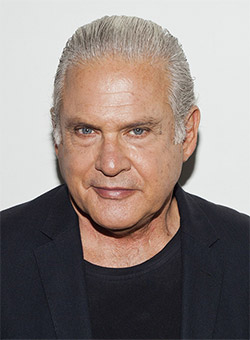 Biography: Prof. Gilead Duvshani was born in Israel in 1947. He studied architecture in the Ecole Polytechnique Federal de Lausanne, Switzerland, where he received his diploma in 1975. From 1983 to 2010 he was a professor of design and dean faculty of design at the Holon Institute of Technology. From 2010 till now he is a professor and dean school of Architecture at the Ariel University. He has taught in several schools in Israel, and abroad. He has run a private practice in Tel-Aviv, in addition to his Architecture and Design teaching. He has won several prizes for his buildings. In his public activities he was consultant for the ministry of construction of Israel, for neighborhoods and housing developments. He has led research programs, arranged exhibitions and written extensively on Israeli architecture, and teaching of design. The most known exhibition was "Built ye Cities", London 1985, which he was curator and text writing, describing the history of Israeli Architecture. His best known publications are his books on the Israeli architect Y. Magidovitch, "The First Architect of Tel-Aviv", "Notes on Local Architecture in Israel", and "Foundation Design Studio" by Wasmuth Publishing House Berlin.

Abstract: Study aim. In this paper I will argue and discuss a teaching process of fundamental design. When discussing initial instruction of basic tools for design thinking, I find it most appropriate to begin with a method that belongs to the world of art. Method. In my experience, when studies are launched with planning-oriented thinking as their basis, it is far more difficult to subsequently adopt conceptual thinking. By contrast, when storytelling, poetics, and conceptualizations are introduced at the outset as the foundation of design work, the result is a stable infrastructure for subsequent development of planning-oriented thinking. These observations encouraged me to develop a joint freshman program for all design departments when I served as Dean of the Faculty of Design at the Holon Institute of Technology. Until then, departments conducted separate programs that began emphasizing their particular respective professional principles as early as the first year of each program. By contrast, the joint first-year program established students’ common foundation of theoretical conceptual thinking and initial design language tools of expression concerning line, composition, and form. In a global world where cities buildings and objects are the same all over, we claim for cosmopolitanism as universality plus variance. One of the fundamentals claim of this abstract and the book Foundation Design Studio is that in a global world, where distances are reduced to the time it takes to send an E-Mail message, a world where there are no apparent differences between individuals, communities and societies, where all of us are, apparently, universal-one should pay closer attention to the differences between cultures, to the difference of the other, to the fact that all cultures, despite their differences and dissimilarities, represent human values and unique traditions. 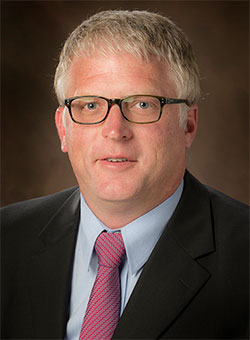 Biography: Dr. Thomas Misco is Naus Family Faculty Scholar, Director of Graduate Studies, and professor of education at Miami University. He earned his B.A. from the University of Wisconsin-Madison and his M.A. and Ph.D. at the University of Iowa. Prof. Misco’s research focuses on the discussion of controversial issues in cross-cultural contexts, including studies in China, Guam, Japan, Latvia, Romania, Saipan, and South Korea. His current research is exploring citizenship education in the unincorporated territories of the United States. Misco has received Miami University’s Distinguished Scholar Award, a Fulbright Senior Specialist Fellowship, and the Richard T. Delp Outstanding Faculty Award. His authored books include Cross-Cultural Case Studies of Teaching Controversial Issues (Oisterwijk, The Netherlands: Wolf Legal Publishers) and What you need to know to be an undergraduate in the U.S. (Beijing, China: Foreign Language Teaching and Research Press).

Topic: On Your Way to U.S. Colleges and Universities: Your Thinking is More Important than Your Score

Abstract: Misco’s lecture titled “On Your Way to U.S. Colleges and Universities: Your Thinking is More Important than Your Score” highlights three essential components of higher education in the United States: questioning, reflective inquiry within a tradition of pragmatism, and demonstrating understanding. Based on his new book What you need to know to be an undergraduate in the U.S. (2017) (Beijing, China: Foreign Language Teaching and Research Press), Prof. Misco will provide a useful framework for thinking about learning and assessment, as well as concrete examples for gaining admission to the best universities and succeeding once admitted.